Why Study in Italy?

With student discounts, thousands of Bachelor’s and Master’s degrees, and a beautiful and diverse country, there’s no wonder students pick Italy as their international destination.

It might seem there aren’t enough words in the world to express what a beautiful and breath-taking experience studying in Italy can be; but, since someone felt the need to describe this feeling of shortness of breath as an illness (No, really… Google “Florence syndrome”), you can only assume what a marvellous period in your life this will be.

What to study in Italy?

Italy can be easily compared to that annoying colleague from high school who excelled at everything he or she did. Considering how many pioneers Italy has produced, there’s no wonder the list of “most sought-after” fields is so vast and comprehensive. Still, the most popular study options in Italy are:

Study Masters in Economics in Italy;

Study Masters in Architecture in Italy;

Italy certainly has plenty of charms to tempt tourists and international students alike: a diverse landscape; an immense cultural and historical legacy; iconic and historic sites including Rome’s Colosseum and Pisa’s Leaning Tower; incomparable cuisine; an impressive history of inventions and discoveries… and, of course, universities in Italy include some of the world’s oldest and most prestigious.

Aside from the monumental legacy of the Roman civilization, Italy has a long history of leadership and innovation. Notable Italians include explorers Christopher Columbus and Marco Polo; Enrico Fermi (physicist who created the world’s first nuclear reactor); Leonardo da Vinci, who proved the world is not flat; Alessandro Volta, who studied electricity (recognize the term ‘Volt’); and Galileo Galilei, who discovered four moons around Jupiter and invented the telescope, with which he proved that the Earth revolves around the sun.

That’s just for starters – the list of famous Italian thinkers and inventors goes on and on, ranging from eyeglasses and espresso machines to automobiles and eau de cologne. The origin of the word ‘university’ is also attributed to Italy, and the University of Bologna is believed to be one of the very oldest in the world.

Under the Bologna Process, Italy has implemented the nuovo ordinamento system, replacing the former vecchio ordinamento. Higher education in Italy now consists of a three-year bachelor’s degree called the laurea triennale, which can be followed by the two-year master’s degree (laurea magistrale, previously the laurea specialistica).

There is a credit system in place to quantify the amount of work needed to pass each course (e.g. 25 work hours = one credit), as well as an opportunity to change your course or continue your studies abroad after three years. Students wishing to study law must take the five-year Laurea Magistrale a Ciclo Unico, while medical students must take a six-year degree.

The highest-ranked Italian university at 170th in the world, Politecnico di Milano ranks particularly well for its art and engineering courses, with places in the top 20 of the QS World University Rankings by Subject 2017 for art and design (joint seventh), architecture (14th), civil and structural engineering (14th), and mechanical engineering (29th). Notable alumni of Politecnico di Milano include celebrated Italian chemist Giulio Natta, who was awarded the Nobel Prize in Chemistry in 1963 for his work in high polymers.

Università di Bologna (UNIBO), founded in 1088 is believed to be the world’s first and oldest university, although the actual date of its founding is uncertain. If the name sounds familiar, that may be due to Italy’s continued leadership in higher education. The University of Bologna gives its name to the Bologna Process, the ongoing project to make academic systems and qualifications more compatible across Europe.

This university is still held in very high regard and has campuses in Bologna, Cesena, Forli, Ravenna and Rimini, and an international campus in Buenos Aires, Argentina.

Bologna can feel like a university town – there’s a varied nightlife and a lot of live music, from classical opera to modern DJs and bands.

The University of Bologna is also responsible for the Bologna Process, which is a series of agreements between European countries with the aim of ensuring cooperation and comparability between the higher education systems of Europe.

In line with the university’s ample contributions over the years, its long list of alumni includes Archbishop of Canterbury Thomas Beckett, a number of Popes, Nobel Prize-winning inventor and engineer Guglielmo Marconi and even Enzo Ferrari and Giorgio Armani, founders of their eponymous worldwide brands. 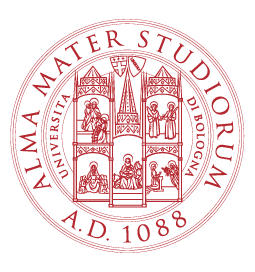 As an alternative to the traditional Italian system, there’s John Cabot University, the only American University in Italy. Courses are completely in English and there are four-year degrees as well as study abroad opportunities. The university is small—1,000 students from 55 countries and they offer everything an American university would from dorms and meal plans to clubs and organizations.

With thirteen different degree programs, students have the opportunity to earn both an American BA and a UK BA degree. There are also numerous opportunities for language study as well as for international internships to facilitate travel across the world. 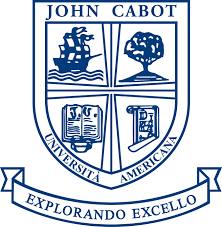 Ranked in the top 200 universities in the world by the QS report, the University of Rome is more commonly known as La Sapienza or the knowledge. They were also one of the first universities to offer Master’s degree programs entirely in English. Exchange students enjoy a wide range of services such as guidance and tutoring info and reception free transportation, a help desk for people with disabilities, cafeterias, libraries, sporting facilities, cultural centers, technological facilities and more.

The University of Rome has relationships with more than 400 Erasmus schools throughout the world, so there are many international students. They have courses and entire programs completely in English. Additionally, language courses for non-native speakers, career services, student clubs, sports, and theater clubs are offered.

With campuses in both Florence and Rome, the Accademia Italiana is a top fashion and design school with options for a three-year degree or short-term study options. Authorized by Italian Ministry of Public Education. The bachelor’s degrees are jointly issued from University of Wales and the Accademia. Courses are mostly taught in both English and Italian, though some are only in Italian, all faculty speak English. In addition to design and fashion, students can also take language classes. 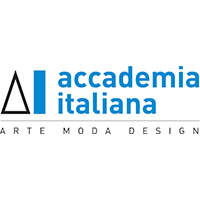 The University of Florence was founded in 1321 and boasts former lecturers such as Renaissance author/poet Giovanni Boccaccio who was a professor of the Divine Comedy at the University.

Today, they are known for their research endeavors across disciplines and are home to one of the oldest museums of natural history, which was founded in 1775 and is home to botanical gardens, dinosaur bones, and other fossils found in the Tuscan region. If you know Italian, this is an excellent opportunity to study in the city of the Renaissance but proof of language proficiency is required for admission (the whole website is also in Italian).

However, a few select graduate courses are taught in English. The campus is spread out across the heart of Florence and into the surrounding areas. 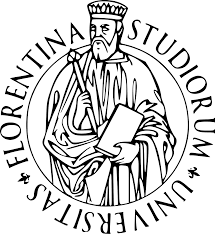 A new entry in the QS World University Rankings at joint 192nd, Scuola Normale Superiore di Pisa was established in 1810 as a twin institution of the École Normale Supérieure in Paris by a Napoleonic decree. It’s a small university, with only around 500 students enrolled. It ranks within the world’s top 400 universities for physics and astronomy and receives the highest score among all Italian universities for its research citations per faculty member (18th in the world).

Also new to the World University Rankings in 2018, Scuola Superiore Sant’Anna Pisa is also located in Pisa and is part of the Pisa University System alongside Scuola Normale Superiore di Pisa and Università di Pisa. 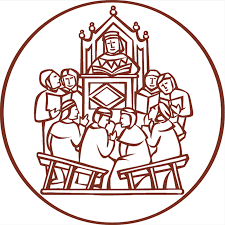 The University of Trento was founded in 1962 but in its short history it has grown to be considered as a leading institution in Italy, rivalling some of the longest-established universities in the world.

The university’s 10 departments are spread between three locations: in the centre of Trento, in the more suburban areas of Trento and in the nearby town of Rovereto.

Italian universities are renowned for their range of international relations but the University of Trento is among the most globally connected, with over 420 study and research agreements with universities across the world. 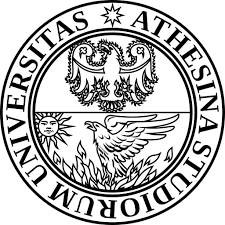 A fairly young university having been founded in 1996, the teaching is structured across three departments: medicine, philosophy and psychology.

The mission of Vita-Salute San Raffaele University is to answer the question “Quid est homo” which means “What is the man?”, stemming from the belief that humans are biologically, psychologically and spiritually unique. In 2015, the institute became part of the Gruppo San Donato, the first hospital group in Italy. The university is situated in the vibrant city of Milan. 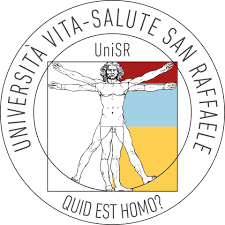 The greatest universities in Italy are usually located in the bigger cities. If you’re not sure which are those, or you’re simply searching for details about living costs and geography, you can always check out these cities in Italy: